The local GOJHL club signs five forwards, a defenceman and a goalie 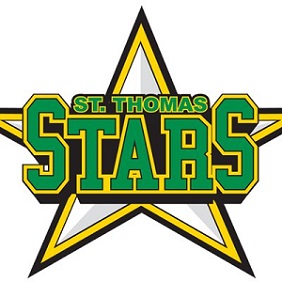 Owen Willmore, who hails from Dutton, backstopped the Elgin-Middlesex Chiefs' Under-16 team during the 2019-20 season, posting a 1.53 goals against average over 17 games played.

The six foot Willmore, who doesn't turn 16 until December, is a 2020 draft pick of the London Knights.

Maddox Amaral had 19 goals and 20 assists in 33 games with the Elgin-Middlesex Chiefs' U16 team. The centreman from Komoka, added five goals and 10 assists in 16 playoff games.

Owen England, from Cambridge, was on the blueline for the U18 Huron-Perth Lakers this past season, chipping in with three goals and six assists in 34 games. The six foot four 216-pound left shooting defenceman had a couple of appearances for the GOJHL's Caledonia Corvairs.

Logan Mastrandrea, an 18-year old from London, played with the London Jr. knights U18 team last season. Following a regular season of seven goals and nine assists in 31 games, the forward put up three goals and 10 assists in 11 playoff games.

Owen Rainey is a 16-year old right shooting forward from Waterford, who skated for the Brantford 99ers U18 team this past season, putting up 10 goals and 14 assists in 34 games, plus three goals in three playoff games. Rainey also suited up for the Brantford Bandits (GOJHL) for 12 games.

Paterson MacNair, 17, kept busy playing for both his hometown London Jr. Knights U18 team and his high school, London CCH, this past season.

The forward had 12 goals and 15 assists over 46 total games with the Jr. Knights.

MacNair captained the CCH Crusaders to a WOSSAA boys' hockey championship, icing a 4-2 win over London Lucas, with an empty net goal.